Home / benefits of yoga / How you can benefit from doing Yoga

How you can benefit from doing Yoga

Yoga is a very popular form of exercising these days. There are many kinds of Yoga and they are all considered a good way to keep both a healthy body and a healthy spirit. There are many benefits for doing Yoga on a regular basis.

It is estimated that about 6 percent of Americans are doing Yoga once a day. This number increased a lot in the last few years as Yoga came to the front line of what is considered a healthy way of life. Although almost all physical exercise also benefits the mind Yoga is perceived to be unique in its equally important influence on both the body and the mind. The saying healthy mind in a healthy body is synonymous to Yoga.

Yoga has been practiced for thousands of years although it became so popular just recently. Yoga was developed with mind and body as one entity that needs to be nurtured. Yoga does not consider the body and the mind to be separate but aims to unite them into one healthy and wholesome entity. Yoga does not put unnecessary physical stress on the body. Instead it brings the body and mind into a harmony that can help delay the aging process and make one feel younger and healthier. Yoga is not the same as meditation and or spiritual ceremonies although many times it is confused to be exactly that. 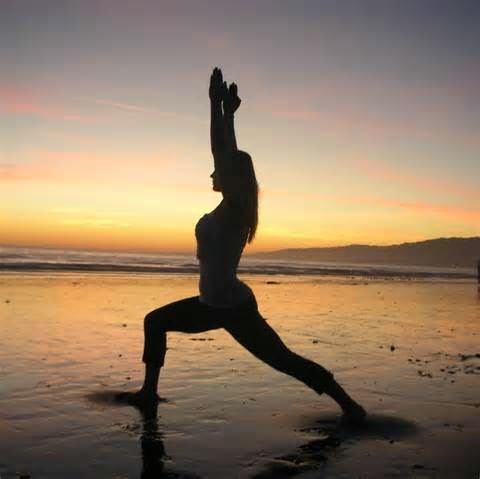 One of the most important elements of Yoga is breathing. Yoga focuses on breathing on stretching and on using all of the body muscles from the large muscle groups to each small muscle in the body. Breathing helps control the mind. Yoga is usually done in a quiet room or with some soothing music. Yoga is not a competitive sport basically it is everybody to themselves and thus there is no unnecessary competitive stress when practicing Yoga.

Yoga promotes self awareness and meditation quality. By slowly and deeply breathing and by staying in one position for a long time the mind can concentrate and can communicate with each part of the body. Oxygen flow can increase to parts of the body where it otherwise depleted.

It is believed that Yoga can help many illnesses from random pain to diebitis and more. There is no scientific proof for that but it is believed that due to better oxygen flow and better physical and spiritual condition the body immune system gets stronger and the body can fight such illnesses more effectively.

Like any other form of exercise Yoga should be accompanied by a balanced and healthy life style. Doing some Yoga and then running to the local joint to eat a cheese burger is not the recommended way in order to benefit from Yoga. Yoga looks at a person as a wholesome entity. In order to benefit from Yoga and to be healthier and feel better you should not just exercise Yoga on a regular basis but you should also live a Yoga life style. Eat in moderation and try to consume as much nutritious and healthy food. Eat lots of vegetables and fruits and drink lots of water.
Unknown